This photo was taken in 1910 and shows David's Great Grandfather (middle) and Grandfather (on the right) in the Holland family business based out of Alum Rock in Birmingham, UK.

Originally, we were Potato Merchants and originated from Ireland - records suggest that we had been in business in some shape or form since the early 1800s and it is likely that the family moved to the UK either during or as a consequence of the Potato famine that lasted between 1845 and 1852.

It was a family concern with brothers and cousins involved and at it's peak, the Hollands' owned around 8 shops in the Wolverhampton and Birmingham areas of the UK. David's career in the business started at the age of 5 when he would stack the fruit for sale, sweep the floors and boil the beetroot in an old top loader washing machine.

The Business was built around the family and when in 1978, David was told that because of the new Hypermarket opening up the business would have to be closed down - not only did his inheritance disappear, but he had to build himself a career from scratch.

Having a true entrepreneurial spirit, despite having to sleep rough and eat at a few Charity shelters in the East End of London in the process, David became a successful Weapons Engineer, Operations Manager, General Manager, and International CEO. He gained both a DMS and an MBA with distinction and together with his wife, Lynn built businesses in the Transport, Logistics, and Recruitment sector.

In 2002, David and Lynn decided that it was time for a change, to start building a business that was in line with their values - and would enable them to support other like-minded Business Owners and the Entrepreneurially minded to achieve success, both personally and professionally. 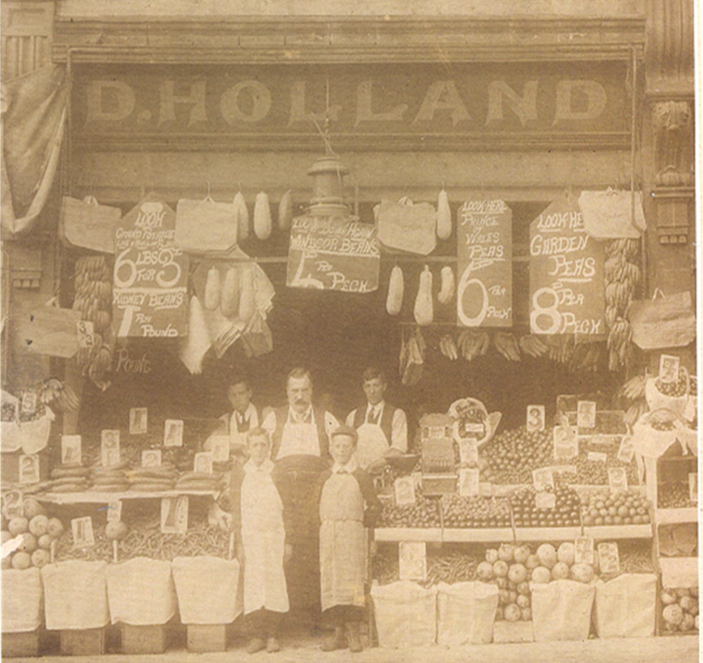 Simple, to enable family owned businesses to thrive and grow, so they don't have to experience what I did - to enable everyone to enjoy learning, achieving, doing and being more; and to make sure that your business doesn't get wiped out by the 'Big Guys' with all the financial stress and heartache that goes with it.

It is to fight with you as hard for your business as you do, and by introducing the best techniques and strategies available, help it grow and flourish profitably...

We do this is through our Coaching Programmes , Events and Workshops, Books and Publications - we work with small companies, and large companies - from the Bank of New York Mellon, to an Independent Chartered Accountant - in fact we don't really work with companies at all; we work with the people in them, because we believe that everyone deserves a better result...

What our clients say about us...

"I have known David for several years and have found him to have a very engaging style, highly knowledgeable in his field from SME’s to large Corporates.

Rather than a generic presentation, David gets to know you, your team, and your business to pinpoint his help and advice in a way that will have you itching to implement ideas and strategies immediately!

Have an informal chat over a virtual coffee with David and Lynn- it’ll be a highly worthwhile call.

David Holland is the real deal. Lots of people claim to be “coaches” but really they are just learning on the job. David has a long history of helping all business sectors with real proven advice. Most of all he cares about his clients with passion. He treats them like family.

If your prepared to put in the work. He will get you results. I have spoken to many of his clients and his ability to teach them how to grow and adapt is impressive.

He has many years of social proof of his success. David is not hiding behind Ferrari’s or Jets on Instagram that he does not own. He has nothing to prove! All he is interested in is getting you results.

I have seen many “coaches” come and go in my 24 yrs of business at the highest level. David is here to stay, I pick who I work with very carefully 😉. And not working with David would be a mistake.

“You become the books you read and the people you mix with” So if you want results in whatever sector of business you are involved in then DM David Holland for his famous Zoom coffee!

Pick your advisors wisely and listen. And then take massive action on which David and his team will keep you accountable too. Success leaves clues and David has all those clues stored in his famous cutting-edge success programs. DM David and get started! You won’t regret it! What do you have to lose if you don’t contact him for a chat? ( A lot of missed opportunity!)